Here is what to look for with technology addiction:

The fast integration of technology into daily life is having a profound effect on society. The pace of this transformation is quick that we often times find ourselves playing catch up, trying to assess the collective impact that this technology has had on everyday life. There is little doubt that technology has found its way into almost all aspects of our existence. From communication to healthcare, to our memory, the digital revelation has changed our concept of what it means to be  human. We accept this changes and the digital entanglements that come along with them, without much thought, or questioning, regarding the impact of this changes.

A new pathology has emerged. One that is mediated not by organic substance, but rather by digital substrate. Consequently , there has been an increase in those seeking treatment for challenges resulting from their use, and misuse, of technology. More and more individuals have become addicted to digital technology and the Internet. Whether it is excessive gaming, emailing/texting, or preoccupation with sexuality and pornography, technology addiction seems to be on the rise. A recent European study (2012)  has found pathological internet use in 4.4% of adolescents. Pathological use was defined as interaction with technology in a way that impacted both life and health; interfering with social and professional activities due to excessive time spent online. Another 13.5% of those in the study were identified with a milder pathology known as maladaptive internet use.

“I ran to my room to grab my cell phone and before I could unlock it the time read 8:03. I had gone for a mere 8 minutes without media. It was at this point in time where I realized that I most likely have an addiction.

When referring to the experience the individuals clearly used words that referred to addiction – technology addiction.

New addictions have varying levels of scientific legitimacy and popular acceptance, and one determining factor is how successfully they can appropriate an etiological account featuring neurotransmitters and neural reward pathways. In the neuroscience of addiction, all addictions are ultimately chemical, even if no drugs are involved. The specific meanings and cultural valences of pleasurable activities are minimized in favor of a singular narrative of universal cause and effect. Gambling, sex, exercise, eating carbohydrates and other mood-altering activities all trigger the release of serotonin, dopamine and/or endorphins in the brain sites, which manage the experience of pleasure.  The brain becomes dependent on these internal fixes, just as it does on psychoactive drugs, and its need for stimulation drives the compulsive behavior of the addict. Indeed, drugs also work through the same mechanisms of neurotransmitter activation as other, more socially-valued rewarding activities. Feelings are brought into this model through the theory that it is our emotional frailties that make us susceptible to such external mood modifiers. (Keane, 2004, p.194)

As technology continues to expand and integrate itself into our daily lives, more and more novel psychological challenges enter into the popular vernacular. Pseudo-diagnosis involving technology addiction include:

Nomophobia: the fear of being out of phone contact.

Cyberchondria: the excessive use of internet health sites to fuel health anxiety.

Social Media Anxiety Disorder: a syndrome that relates to generalized social anxiety, and is acquired when the participation of social media affects the mental and physical well-being of an individual.

The Google Effect: changes in transactive memory due to the ability to access information instantly which is stored outside of human brain.

The Google Effect is evident in our culture as we access the Internet to obtain the most mundane piece of information. Rather then storing and recalling information through the innate organic memory system, increasingly the individual relies on an expansion of the memory into the digital universe. With the increase in the use of digital devices, the social work clinician may find himself in session with a client who will reference, word for word, an interaction that has impacted the client. This expansion of memory profoundly changes the ways that we as individuals process and interact with our memories.

Sophie, a recently divorced female in her late twenties arrived five minutes late for her therapy session. It was the fifth anniversary of her divorce from her husband and she was reflecting upon the growth that she had experienced since the divorce.

“I really feel like I have made progress over the last five years. I’ve grown so much since I decided to leave the relationship behind. In fact, I was trying to remember how I felt when I decided to finally leave Larry, so went on Facebook and pulled up all my posts. Reading them reminded me of how much pain I felt and what a difficult decision that was for me. I re-read the entire conversation I had with my best friend that night that I left. It really brought me right back to that moment and I felt all those feelings again….

It is clear that technology is impacting life in ways that are unexpected and transformative. Like Sophie, the internet is changing the very ways that we think about and process information. Much like the change Google has on our transitive memory, so is the medium of technology changing the ways we think about ourselves and the world. It effects how we think and act, changing who we and our interactions with the world around us Technology has become an extension of ourselves, of our very being. It is extension of personal memory into digital form. Memories mediated through digital recall make possible the ability to store post, texts, and emails, thus enabling them to be accessed many years later

If you or someone in your family is experiencing challenges with navigating technology, or has technology addiciton contact us now to schedule an appointment. 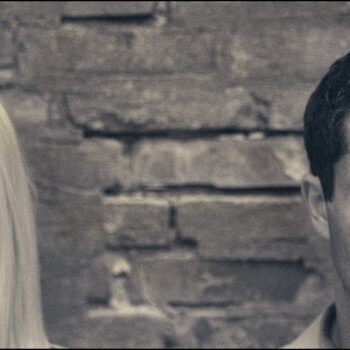 Benefits of a Mental Health Day

When is it Time for an Intervention?